The Tale Of The Rusty Letters 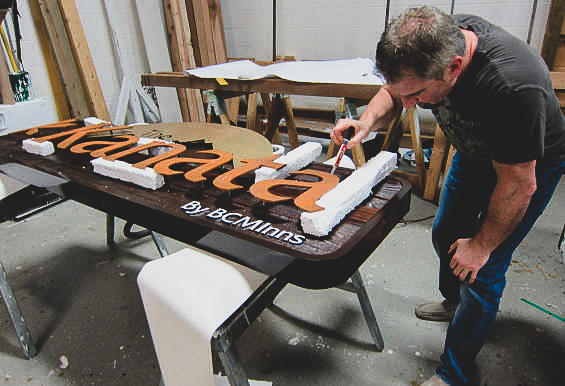 One hot summer day while we were busily at work (yes, the rumours are true, we actually do work around here), a man walked into the back and asked, “Can you guys sandblast cedar?”

As it turned out, it was his lucky day. After all, sandblasting cedar is what we do best. The man was a fellow by the name of Ross Taylor, the designer-director of a company called Watertrends. Ross does some incredible work and is in constant demand for his spectacular waterscapes, fountains and waterfalls. Now, Ross is not a sign maker, but it just so happened that while working for the hotel Kanata by BCMInns, they mentioned they were in need of a cedar sign with metal letters. Now Ross is adept at metal work, so he offered to provide the sign and came to us for the cedar part of it.

One blank sign, coming up!As far as sandblasting goes, this was a straightforward job. It took no time at all to blast, sand and paint a big empty blank. However, things got trickier when Ross consulted Steve about painting the metal letters. According to the design, the letters were to be rusted. Fortunately, Steve is an artist and has been working with signs for over 30 years, so he was more than prepared for this unusual challenge. Surprisingly, no one took my far simpler suggestion of leaving the letters out in the rain!

Now when Steve sets out to do something, he does it right. The first thing he did was find some “rust” models – in this case, some photos from the internet and a rusty old bar! He then proceeded with a concoction of paints and – genius, this – sand. I had no idea how he was going to get a rust texture, but trust my dad to come up with something.

Evolution of the letter “n”

Last but not least was putting everything together. Ross and Steve did a fantastic job, and mounted the letters in no time.

Now we’ve completed two of these signs, and we’re very happy with how well they’ve turned out. Fortunately for us, Steve turned out to be an expert in rusty letters.

← prev: It's Beginning To Look A Lot Like Christmas Signs The Ongoing Saga of Signature Sign Studio 34th Anniversary Blog → 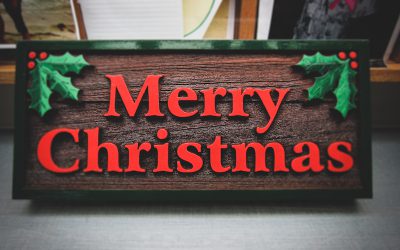 It’s Beginning To Look A Lot Like Christmas Signs

Like many stores this time of year, we have a Christmas rush. Typically sign shops are busier in the spring and summer as tourism and construction get going full force, but we’re the one sign shop that gets absolutely crazy in... 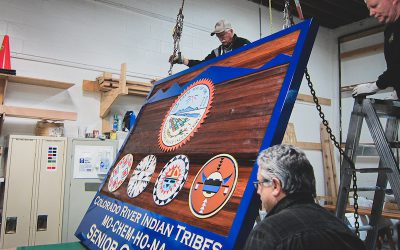 Getting One Honkin’ Big Custom Wooden Sign to Arizona

We’ve done a number of these big custom wooden signs for the Colorado River Indian Tribes. They’re absolutely gorgeous, and an absolute pain to sandblast and paint! The artwork, as you can see, is quite complex. Our Biggest One Yet However, though we’ve shipped some...